Born in 1651 to a socially well-established family in Rheims, France, De La Salle’s life seemed destined for a comfortable and prestigious career path in the Church. The first detour in this chosen path occurred when his studies for the priesthood were interrupted by the death of both his parents. The young De La Salle returned to the family home to care for his younger brothers and sisters, and manage the family’s substantial income.

It was through meeting two influential men, Nicholas Roland and Adrian Nyel, that De La Salle gradually became drawn to the work of education. De La Salle’s native Rheims was a city of economic polarisation. The prosperous and the poor were not only separated by wealth, but by constructs of etiquette, social contacts, manner of speech, and degree of education. These served to keep the poor in their place. It was the children of the poor, the predecessor of our modern “street kids” who suffered most greatly. The only way of breaking the bonds of poverty was through education.

De La Salle gathered a group of men together, who came to be known as “brothers” – brothers to each other in community and older brothers to the children they educated. The “Christian schools” that these men developed offered education for all students, in an atmosphere of love for the most poor and marginalised. The children were educated to read and write in order to gain employment, but also educated in Christian faith. De La Salle often talked about “touching hearts”. He believed that it was through the relationship with the teacher, and personal example provided by the teacher, that the children would learn what it was to be truly Christian.

De La Salle and his brothers had many setbacks and endured much hardship. Whenever De La Salle encountered opposition, he remained undeterred. His faith in God was unshakable. He always sought a way to not only survive, but grow from strength to strength. He never surrendered his mission or his ideal, but had the wisdom to retreat when a situation seemed hopeless, to spring up somewhere else, stronger than ever. 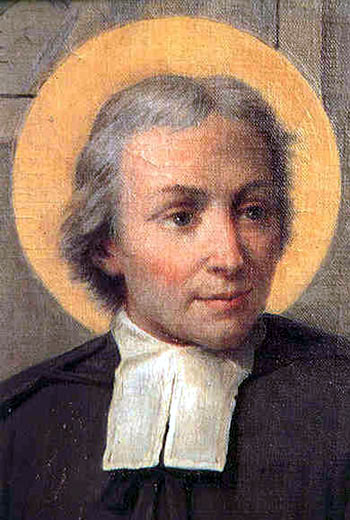 De La Salle was an astute strategic planner, a courageous and resilient person. In 1900, De La Salle was declared a saint, and is the patron saint of teachers.

Today the Lasallian Mission extends into 84 countries worldwide. Throughout Australia, New Zealand and Papua New Guinea there are 22 projects including schools, counselling services and social welfare organisations. Some of these projects, for example, Kids Help-Line counselling, and the umbrella of support services provided under the Yourtown name, are Lasallian but not Catholic. They are services open to everyone who needs them, in which the workers find their inspiration in the examples and work of Saint John Baptist de La Salle.